The web site is slow to take us down, but the server may be wrong behind this, but sometimes your idea may be wrong. Not because of the reasons why not say:

Solution: All pictures on the site need to be compressed. Use the tinypng.com site for this job. It works great. Those who use wordpress, use the WP SMASH plugin.

Also make use of JavaScript as little as possible on the site. And of course, do a mini file for Javascript files. It’s very important. The same type applies to CSS files.

To Compress CSS: Use csscompressor.com site.

Keep javascript files in the footer, not in the head. If you have more pictures on the site then definitely use the lazy loading system.

2. Increase the number of HTTP requests:
If you have two pictures on this page and two other images are loaded from the same origin, it will take time if two other origins are loaded but it will take much less time. Because the browser processes 8 to 16 requests simultaneously and simultaneously. So, the exact Origin will be used to load images once they load. This means that after taking a picture fully load it will take the other. But if the origin is different then take it alone. Suppose two images take 10 seconds to load if they are on the same server, but keeping them on a different server will take 5 seconds.

Imagine the matter! Many people will hear the CDN name. This work is typed with CDN. Do not buy the CDN with the money, create a blogspot site and upload it to the site then it becomes a link.

However, remember that the http request number is not more than 45 times.

How to check? First see if your internet speed is 100 kb + It will be seen from www.speedtest.net. You will then need to ping your hosting server to the pipe. To find out the hosting server, go to https://myip.ms/ site by typing your own site address or the hosting provider’s Nemanarveer (site name nameserver) and click whois lookup. 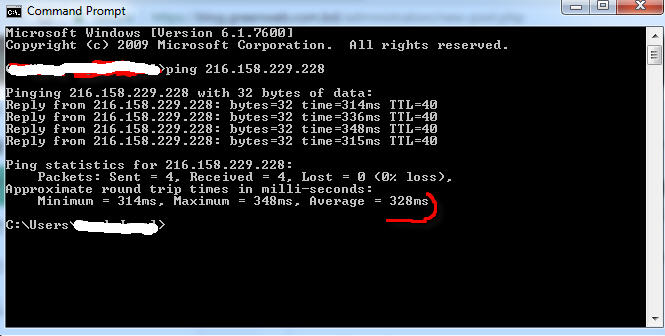 Remember that your net speed is 100 kilobytes +

There are many sites online such as Google Insights, if the server response times are high, do not trust their results. Because the server’s ISS security system (Firewall) is often allowed to scan search engine spaces or boot requests (user request is not included in the header), this scanning system allows the firewall system in the server’s ISP to take more time. Response time will show more. The most effective way to see Response Time is to ping from the command.

4. Server Locations:
Bangladeshis should use the Texas or its adjoining server because the internet gateway in Bangladesh can create data centers very quickly. Many people use the Bangladeshi server to understand that the speed can be found more than this is wrong in the context that will accompany the video in front and explain why it is wrong. Many people think that in this case the speed of the data is less than the distance, it is true, but it is true that brother data is not transferred to a train or a carriage that will take a long time to transfer. The data is transferred to the speed of the data. Then why is the speed difference? The answer to this question is so large that it can not be written. Next time will be given.

Keep in mind that the Netherlands does not use the server or Canada’s.

Hope you know what the tutorial is like. Many who saw the tutorials written in their own name! How long brother! After Facebook, many of the sites were fake by copying Facebook because nothing could have been because they did not have intrinsicity. Share the link with the text, the human dignity will increase, the other day you will lose the visitor, the title of the thief will be found.